VDS COMES UP BIG IN THE STEVIE AWARDS

Phoenix, AZ – January 28, 2020 – The Local SEO team for V Digital Services has been named a finalist in the fourteenth annual Stevie® Awards for Sales & Customer Service, meaning they’ll ultimately be gold, silver or bronze winners in the contest.

The nine-member Local SEO team, an integral part of one of America’s fastest-growing digital marketing agencies, will be among dozens of finalists from the U.S. and other countries honored at a gala banquet Friday, February 28 at Caesars Palace in Las Vegas.

The Stevie Awards® organizes several of the world’s leading business awards shows, including the prestigious International Business Awards® and the Stevie Awards® for Great Employers. Created in 2002 to honor and generate public recognition for the achievements and positive contributions of organizations and working professionals worldwide, the Stevie® Awards are widely considered the world’s premier business awards.

“Being nominated as a finalist for a Stevie Award is a direct result of the dedication and hard work from our Local SEO team,” said VDS vice president for agency and client services Taylor West. “They set the bar high not only for themselves, but they make us better as an agency by driving impactful results to our SMB clientele. I’m very proud to be part of such an amazing team.”

More than 2,600 nominations from companies across a broad range of industries in 48 nations were evaluated in this year’s Stevie competition. Finalists were determined by averaging scores from seven specialized judging committees, and entries were considered in categories ranging from sales training to customer service and business development. Past Stevie Award winners include Apple, BASF, Ford Motor Company, Procter & Gamble and Samsung.

“Every finalist nominee should be proud of the work they did over the past 18 months to be recognized by the judges,” said Maggie Gallagher, president of the Stevie Awards. “They should also be proud of how well they effectively communicated those achievements to the judges.”

By constantly monitoring the industry and offering a high-energy work environment that encourages and rewards creative thinkers, VDS has been able to fill its ranks with the country’s fastest-rising talent. The company’s Local SEO team consists of seven fulfillment specialists and two managers. Together they serve nearly 1,900 locations across the United States and boast a 96 percent average retention rate.

“The Local SEO team is extremely honored and excited to be listed as finalists against some of the biggest brands in the nation for the Customer Service Team of the year by the Stevie Awards,” said VDS local manager Ashley Antill. “Our success is an accumulation of everyone’s efforts day in and day out to drive client success, offer support to our sales teams and retain clients by delivering value.”

The honor for the Local SEO team follows a year of corporate recognition for V Digital Services. In November, the company was named the 2019 “Company of the Year” among American marketing firms by the Business Intelligence Group’s BIG Awards for Business.

In July, VDS took home four wins in the Globee Awards, including a prestigious gold medal for having the most robust jobs growth in its category. In May, the agency was named one of the nation’s fastest growing companies by the American Business Awards.

VDS employs an array of analysts and account managers who specialize in helping small and large businesses achieve success in the digital space through the use of cutting-edge strategies in organic SEO, paid media, social media management, web development, and both programmatic and pay-per-click advertising.
High-performing individuals interested in pursuing a career with VDS should visit the company’s careers page at https://www.vdigitalservices.com/work-with-us.

Paid Media Strategies for the Holidays that Really Work 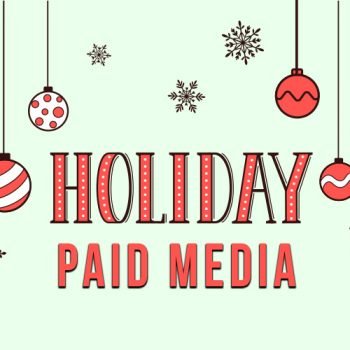 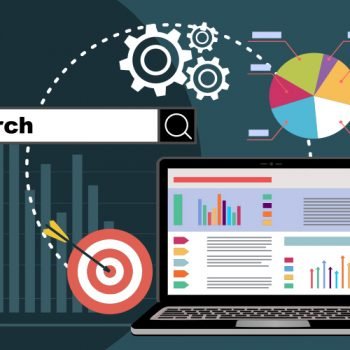