PHOENIX, Feb. 7, 2017 — V Digital Services today announced that Chris Bird has been hired to lead the digital advertising agency as it continues its rapid expansion. As senior vice president of VDS, Bird will oversee the fast-growing company’s moves into new markets, products and services.

Bird comes to VDS with deep expertise in the nuts and bolts of running a digital agency. He spent the last three years as president of Internet marketing agency Vertical Measures, where he helped to grow the company into a content marketing powerhouse. Prior to that, he was senior vice president of LaneTerralever, an award-winning marketing agency.

As the head of V Digital Services, Bird will report directly to Scott Tobias, chief executive officer of VDS parent company Voice Media Group. It’s a relationship that represents a homecoming for the Phoenix resident. After graduating from the University of Arizona in 1994, Bird actually started his career as an account executive and advertising director at VMG’s Phoenix New Times and Houston Press, so he’s very familiar with the company’s top personnel as well as its overall DNA.

“I’ve known Scott and many on his executive team for more than twenty years,” said Bird, who received his MBA from the Thunderbird School of Global Management in 2007. “It’s been incredibly impressive to see how they’re transforming the company to a ‘digital first’ mindset. I’m fired up to work with them again.”

Tobias said bringing Bird back to the company in a key leadership role is a critical step in VMG‘s ongoing transition from a print-based operation to a full-service digital agency. VMG has undergone a corporate realignment over the past four years in which it has aggressively built its digital advertising business while making targeted reductions in its print newspaper portfolio.

“I’m excited to have Chris back with the company at such an important time,” said Tobias. “VDS is developing huge forward momentum, and I know Chris has the experience and the instincts to keep it evolving and ahead of the curve in the digital advertising realm.”

Voice Media Group continues to operate six iconic alternative weekly newspapers and websites across the country, including LA Weekly, Phoenix New Times, Denver Westword, Miami New Times, the Dallas Observer and the Houston Press. As a Premier Google Partner, V Digital Services combines the reach of those established newspaper properties along with other partners to provide businesses of all sizes with affordable and cutting-edge digital strategies. 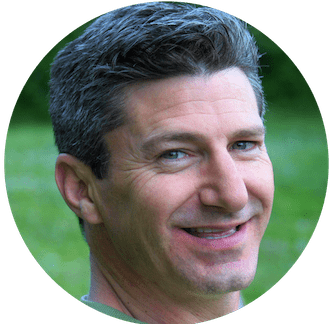 Kenny is an extraordinary man who has been in the industry for a very long time as he loves the thrill of the hunt and continues to learn new things every day in the ever-changing landscape of sales and marketing. As the VDS Vice President for Sales and Partnerships, Kenny received a Bronze Stevie in the Senior Sales Executive of the Year category, marking him as one of the nation’s highest-performing sales professionals. Judges lauded Stocker for posting impressive sales results during one of the most challenging business climates in recent history, as COVID-19 ravaged the economy and left many businesses struggling to survive.
Kenny brings his multi-faceted portfolio to the VDS mission of providing small and large-sized businesses with an array of digital marketing strategies and programmatic offerings that help increase brand visibility and digital presence.

Kenny has a successful track record of recruiting, mentoring, building culture, and inspiring account management, creative, and sales teams to collaborate effectively and accomplish great things with integrity. Plus, he has additional experience in the global Startup community, resulting in an uncommon talent for connecting with entrepreneurs, business owners, and senior decision-makers. Kenny’s gift for generating leads, penetrating new markets, and delivering ROI for clients has been key to his superior performance, and his infectious personality and relentless energy dovetail perfectly with VDS’s foundational commitment to a customer-centric approach. Not to mention, Kenny Stocker was honored in the 15th Annual Sales and Customer Service Stevie Awards for Senior Sales Executive of the Year! A perfect reflection of his superior performance, leadership, and relentless commitment to client success.

Best SEO Tools That SEO Experts Actually use in 2022

What is Call Tracking?

Google reviews and how to remove them